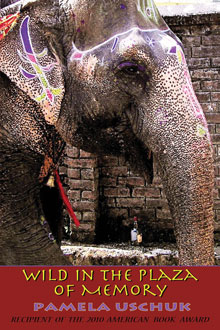 Here’s an excerpt from Daniel Nathan Terry‘s insightful review of Pam Uschuk’s new poetry collection. It’s the kind of review any poet might envy, not because it praises, but because it praises in a grounded way. No recourse here to Theory—just the articulate response of an intelligent reader to a kind of poetry 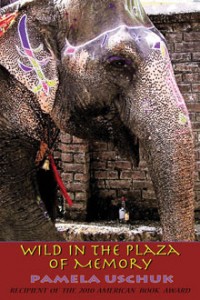 The Poetry of Necessity: Pam Uschuk’s Wild in the Plaza of Memory

Wild in the Plaza of Memory lives up to its title. With these poems, Uschuk has opened a public space where all things, all encounters—both beautiful and dreadful—are not only possible, they are inevitable. In this plaza of poetry, the poet moves effortlessly in time and space, addresses the living and conjures the dead, confesses personal losses publicly and public losses intimately.

The collection opens with a an ode to Lorca. It could be said that it takes bravery (some would say, wrongly, hubris) to evoke this poet. Certainly, other poets who have conjured him—directly or indirectly—have been alternately praised and dressed down for it. This said, I can think of more than a few poets who have summoned his ghost successfully (Malena Morling and Virgil Suarez come immediately to mind). Pam Uschuk is now among them:

some nights you fly through the window,
the eye of a hawk on fire,
black gaze gone to blood, gone
to the ropey bones of moonlight,
to the guitars laughing in the blue pines,
to the wet bulls of passion,
to the weft of love abandoned
to oiled rifles in an olive grove
on a sunny day before I was born. Did
they so fear the delicacy of your hands?

This ode, like so many of her poems, is part ornate tapestry of deep image, part protest poem. The poet rarely leaves the realm of public discourse, or activism, even when she is at her most personal and intimate. There is always a sense of wonder and awe in her images, and often a sense of outrage at injustice in her assertions.

I’m a long-time fan of Uschuk’s work, and my copy of Wild in the Plaza of Memory is on order—so I was already looking forward to it. But this review heightens the anticipation. I love that feeling. It’s rarer than it should be these days.