Yesterday I happened to finish Ben Lerner‘s crafty and subtle monograph, The Hatred of Poetry, and a few hours later, while Lerner’s essay was still effervescing in my brain, discovered that Yves Bonnefoy had died a day before (Friday, July 1), in Paris. The first reports I saw (Radio France and the BBC) were sketchy and perfunctory. A more in-depth obituary appears in Le Monde, though I had to suffer through a Google translation to read it.

I discovered Bonnefoy’s poetry, as I imagine most American readers did, via Galway Kinnell‘s fine translation, On the Motion and Immobility of Douve. I was in my early twenties at the time, and I can’t pretend to have understood it all; and yet there were so many lightning-flash moments on every page that  I’ve returned to Douve dozens of times over the years. More than a decade ago I stumbled on Judith Bishop’s essay on Bonnefoy and found it helpful; but in the end, the poems resist being glossed, which for me is one mark of “the real thing.”

Because Bonnefoy was my companion of sorts for so long, he’d come to seem almost immortal to me. But really, I had that impression because he was steeped in being. The BBC notice of his death quotes him as writing, “A poet’s job is to show us a tree, before our mind tells us what a tree is.”

Which brings me back to Ben Lerner. His book is well worth reading, and it seems to me he would agree with Bonnefoy’s description of the poet’s job. Being an American, though, and a thoroughly postmodern writer, Lerner is incapable of making a case for the value of that job. He can only ironize it as a kind of exalted effort doomed to failure. I suggest that anyone depressed by Lerner’s assessment (how could you not be?) turn to Bonnefoy. Here are a couple from a sequence in The Curved Planks (trans. by Hoyt Rogers):

The same effacement
In wanting or taking;
In being or not being,
About the same weight.

And this path
Or the other: we go
Like the rain, when its mists
Unhurried in the grass.

Smells, colors, tastes,
All the same dream:
Doves in the elsewhere
Of their cooing.

On the moss-stained
Rock the shadows
Move. Almost like nymphs
In their dance.

When a sliver of sun
Shines through, their hair
Glints as gold might do
In a somber crucible.

Life will end.
Life endures.
The same as a child, playing
With too many dreams.

Finally, one for my great friend Joe Nigg, whose new book, The Phoenix: An Unnatural Biography of a Mythical Beast, is forthcoming from University of Chicago Press. This drawn from Bonnefoy’s Second Simplicity: New Poetry and Prose, 1991-2011, translated like the above poems by Hoyt Rogers: 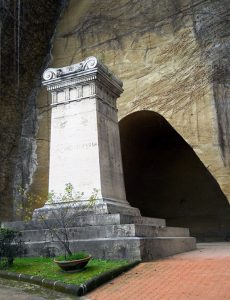 The Tomb of Giacomo Leopardi (Naples)

So many fingers have been singed,
Sifting ashes in the phoenix nest;
But he could harvest all this light
Only by assenting to all this night.

And his trusting words never raised
Some onyx chalice to a blackened sky.
Their palms joined to cup your face,
Mirrored in earthly water, O moon,

His friend. He offers you this cup,
And you lean down, you consent
To drink from his yearning hope.

I see you roam beside him on these lonely hills,
His native land. At times you move ahead; you turn
Around to him and laugh. At times, you’re his shadow.