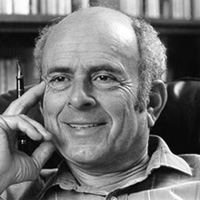 It was saddening to read this morning of Louis Simpson’s death. His sensibility was Cheever-esque, arising from the vexed heart of suburban America, that spiritually islanded life so similar to the one he’d lived as a youth in Jamaica.

My favorite anecdote about Simpson, the truth of which I can’t swear to, comes from his early years of teaching at Berkley. He’d earned a Ph.D at Columbia and was quietly ensconced in the English Department, where he was glad to lead a semi-reclusive existence. He could do this because none of his fellow faculty members knew he was a poet, and he wanted to keep it that way. (Why throw away the credibility his Ph.D had conferred upon him?) All was going well until the day Allen Ginsberg burst into the faculty building where Simpson had his office and began stomping through the halls, bellowing, “Where is Simpson? Free Louis Simpson! Honor the poet!” Thus was the poet of suburbia flushed from hiding….

There are many Simpson poems dear to my heart. Here are a few of them:

There are whole blocks in New York
Where no one lives—
A district of small factories,
And there’s a hotel: one morning

When I was there with a girl
We saw in the window opposite
Men and women working at their machines.
Now and then one looked up.

Toys, hardware—whatever they made,
It’s been worn out.
I’m fifteen years older myself—
Bad years and good.

So I have spoiled my chances.
For what? Sheer laziness,
The thrill of an assignation,
My life that I hold in secret.

A light is on in my father’s study.
“Still up?” he says, and we are silent,
looking at the harbor lights,
listening to the surf
and the creak of coconut boughs.

He is working late on cases.
No impassioned speech! He argues from evidence,
actually pacing out and measuring,
while the fans revolving on the ceiling
winnow the true from the false.

Once he passed a brass curtain rod
through a head made out of plaster
and showed the jury the angle of fire–
where the murderer must have stood.
For years, all through my childhood,
if I opened a closet . . . bang!
There would be the dead man’s head
with a black hole in the forehead.

All the arguing in the world
will not stay the moon.
She has come all the way from Russia
to gaze for a while in a mango tree
and light the wall of a veranda,
before resuming her interrupted journey
beyond the harbor and the lighthouse
at Port Royal, turning away
from land to the open sea.

Yet, nothing in nature changes, from that day to this,
she is still the mother of us all.
I can see the drifting offshore lights,
black posts where the pelicans brood.

And the light that used to shine
at night in my father’s study
now shines as late in mine.

CAVIAR AT THE FUNERAL

This was the village where the deacon
ate all the caviar at the funeral.
—Chekhov, In the Ravine

On the way back from the cemetery
they discussed the funeral arrangements
and the sermon, “such a comfort to the family.”

They crowded into the parlor.
It was hot, and voices were beginning to rise.
The deacon found himself beside a plate
heaped with caviar. He helped himself
to a spoonful. Then another.

Suddenly he became aware
that everyone’s eyes were upon him,
ruin staring him in the face.
He turned pale. Then tried to carry it off—
one may as well be hanged for a sheep
as a lamb, et cetera.

Meeting their eyes with a stern expression
he took another spoonful, and another.
he finished the plate.

Next morning he was seen at the station
buying a ticket for Kurovskoye,
a village much like ours, only smaller.

HOW TO LIVE ON LONG ISLAND

Jim is paying his bills.
He writes out a check
and edges it into the envelope
provided by the company.
They always make them too small.

The print in the little box
in the top right corner informs him:
“The Post Office will not deliver
mail without proper postage.”
They seem to know that the public
is composed of thieves and half-wits.

He seals the last envelope
licks a stamp, sticks it on,
and with a feeling of virtue,
a necessary task accomplished,
takes the checks out to the mailbox.

It’s a cool, clear night in Fall,
lights flickering through the leaves.
He thinks, All these families
with their situation comedies:
husbands writing checks,
wives studying fund-raising,
children locked in their rooms
listening to the music that appeals to them,
remind me of . . . fireflies
that shine for a night and die.

Of all these similar houses
what shall be left? Not even stones.
One could almost understand the pharaohs
with their pyramids and obelisks.

Every month when he pays his bills
Jim Bandy becomes a philosopher.
The rest of the time he’s OK.

Jim has a hobby: fishing.
Las year he flew to Alaska.
Cold the salmon stream,
dark the Douglas firs,
and the pure stars are cold.

A bear came out of the forest.
Jim had two salmon . . . he threw one
but the bear kept coming.
He threw the other . . . it stopped.

The fish that are most memorable
he mounts, with a brass plate
giving the name and place and date:
Chinook Salmon, Red Salmon,
Brown Trout, Grouper,
Barracuda, Hammerhead Shark.

They do a lot of drinking Alaska.
He saw thirty or forty lying drunk
in the street. And on the plane . . .

All these are from Simpson’s The Owner of the House: New Collected Poems 1940-2001, which is not a “complete” poems and so leaves out not a few poems I have great affection for. And although Simpson had long been in declining health, there must have been poems that we’ll need a future edition to see.

I, for one, am already looking forward to it.