I had to sit a while with James Tate‘s passing, not because he was a friend of mine, but because it seems he’s always been there, and I couldn’t picture American poetry without him. That said, I wasn’t a Tate fan on the order of Bill Knott, who was older than Tate and destined to remain less recognized, but who nevertheless idolized his poetry. I first read The Lost Pilot in 1971 and pretty much kept up with Tate through Worshipful Company of Fletchers, by which time it seems to me he had become a brand; he seemed too often to be writing just to write, to keep his hand in, and his zaniness began to lose its bite—something Bill Knott’s zaniness never did, though their zaniness did cross paths, as in their collaboration on the novel Lucky Darryl. Still, book after book, Tate wrote poems that are both surprising and moving. Here’s one from Worshipful Company of Fletchers that in its way is a fitting farewell:

Fogged in all day, the long, low horns announcing
the passing of another ghostship.
But we see nothing. It’s as if a curtain had been dropped.
Go back into yourself, it says. None of this matters
to you anymore. All that drama, color, movement—
you can live without it. It was an illusion,
a tease, a lie. There is nothing out here but smoke
from the rubble that was everything,
everything you wanted, everything you thought
you needed. Ships passing, forget it.
Children bathing, there’s no such thing.
Let go, your island is a mote of dust.
But the horns of the ghostship say, remember us,
we remember you. 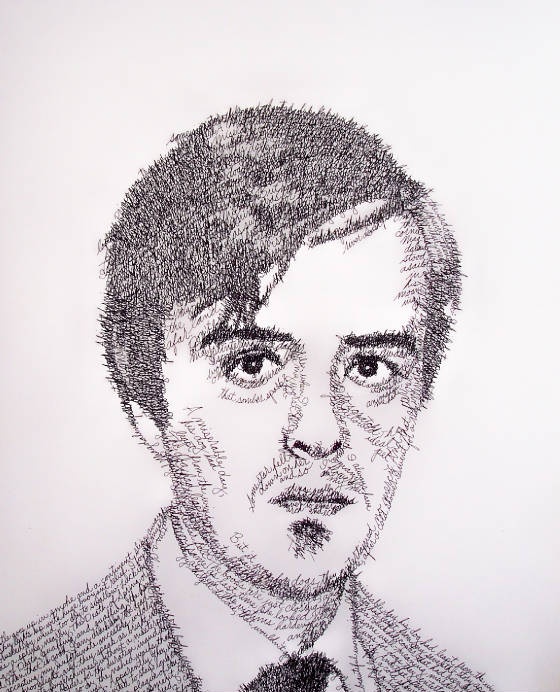