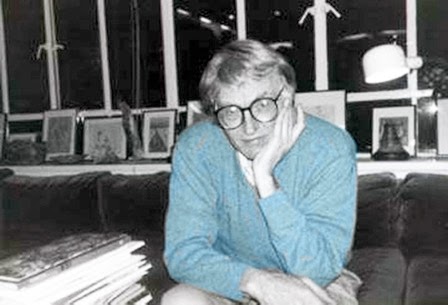 I just read in Coldfront that Bill Knott passed away on Wednesday due to complications from surgery.  What a loss for his friends and for American “verse culture.” Bill liked to give the impression that he was leading a posthumous existence—ignored, washed up, inconsequential—when in fact he was well known (though no Mary Oliver or Robert Hass), creatively engaged (poetry, appreciations, screeds, visual art), and influential in ways that might inspire envy in other poets of his generation (he was born in 1940). One thing Knott complained about, though, was undoubtedly true: he was largely ignored by mainstream critics and the cultural institutions that confer status upon American poets. This is hardly surprising: both of these factions care far more about consensus than they do about individual genius, which means they tend to favor poets who tell them what they already know in a way that flatters their belief that what they know is of transcendent significance. I’m not talking just about the Guggenheims, MacArthurs, and Lillys, of course, but the smaller arts councils, purveyors of poetry contests, and advocates for various “schools” (as in schools of fish), all of which routinely overlooked or rejected Bill’s work. Bill was unorthodox, to say the least, and the unorthodox need not apply.

Luckily, Bill had a contrarian manic streak that opposed his own posthumous existence. In the mid- to late-2000s he began issuing collections of his own work, first in PDF and then in POD publications. He sliced and diced his oeuvre in remarkable ways:

For some reason, many of these are listed on Amazon but are tagged as “out of print,” although Bill assembled just a couple of months before his death and they are POD titles done through Amazon’s own CreateSpace. One volume in particular, Poems 12:49 PM (EST) 03/07/14, may well be his last pre-posthumous collection, and I would hope that Amazon would actually make it available for purchase.

Looking back, I see that I’ve done over 50 Perpetual Bird posts that touch on Bill and his work, so there’s no need for me to go on more. Instead, let me just provide some links to other commentators around the Web who mourn the loss and celebrate the continuing presence of Bill Knott:

Finally, back in 2008 on a blog that no longer exists, Bill posted some of his finest homages: 10 “versions” of Bashō’s famous frog poem. For me, his “attempts to muse Bashō’s famous frog” perfectly illustrate Bill’s wit, skill, and inexhaustible playfulness:

BASH (ten versions of furuike ya)

If I were a pond
and some frog jumped into me
I wouldn’t respond.

I am a pond but
when a frog gets intimate
I keep my mouth shut.

I may look like scum
but some frogs can poke this pond
to orgasm come.

This pond is so old
even its frogs want it sold
to build the new road.

This pond is old as
me.  That’s how bad-off it is.
Frog-visits, I doze.

You’re old, pond—the same
as me.  But when your frogs come
you recall each name.

This pond is year-scored
as me.  But frogs that shake it
up just make me bored.

I’ll float in this pond,
fearing each frog that jumps down
will wash me aground.

This pond is old too—
But when a frog jumps into
It, it still sounds new.

This pond is dead earth
But listen to its rebirth
When frogs take a bath.