A Place for the Genuine

Browse: Home » A Place for the Genuine

A Place for the Genuine 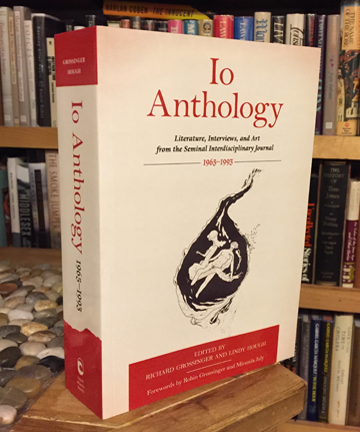 If someone had told me in 1972, when I was 21 and about to graduate from the University of Northern Colorado, that one day a poem I had recently published would appear in an anthology alongside works by Thomas Merton, Charles Olson, Paul Blackburn, Gary Snyder, Diane Di Prima, Robert Kelly, Edward Dorn, Diane Wakoski, and—wait for it—Stephen King … well, I would have told that someone to take a hike. I barely believed in myself at the time, much less in myself as a poet, although I would be headed that fall to study writing at the University of British Columbia in Vancouver.

America was on the cusp of electing—over the affable, intelligent, principled George McGovern—the vindictive, shallow but cunning, spiritually ill Richard Nixon to his disastrous second term as President. I had applied to UBC as part of a plan to escape the draft, and even after I lotteried out, I could see there was nothing but more insanity coming in the U.S. Canada was clearly sane, and I needed sanity in order to decide if I should continue trying to be a poet. It was partly on the strength of that poem of mine published in 1972 that I was admitted to UBC, where I studied with the excellent and vastly underrated Irish-Canadian poet George McWhirter. George was more than a mentor: he quietly and persistently helped me discover and trust the need I had and that all poets have in one form or another—the need that animates the desire for craft.

I bring all this up because it has been brought back to me afresh with the release of Io Anthology: Literature, Interviews, and Art from the Seminal Interdisciplinary Journal, 1965 -1993. My poem “Greeley, Colorado: Sunday Evening Scene” appeared in Io/13 and was chosen by the editors, Richard Grossinger and Lindy Hough*, for inclusion in this capacious 626-page compendium. They had written more than a year ago for my permission to reprint it, and I said yes, but they didn’t ask about two others of mine that appeared in the same issue, which I may well have asked them not to reprint. Yet here they are … and although I think they’re not good, not even passably so in the way that “Greeley, Colorado” is passable, I’m happy so see them included. If my name were not attached, I doubt that anyone would know that all three poems were by the same poet. Yet the three together capture my 21-year-old sensibility, groping after a voice, a style, a persona—whatever we want to call that ineffable quality writers strive for which seems to create “a place for the genuine.”

In his fascinating “Retrospective and Introduction” to the anthology, Richard Grossinger acknowledges that the aim of Io was to reflect the energy and flux of its historical moment as opposed to showcasing highly polished Grecian-urn texts. The magazine, and now the anthology, succeed brilliantly in that aim. It could be seen as anchoring one end of spectrum, at the other end of which we might place Rita Dove‘s The Penguin Anthology of Twentieth-Century American Poetry, with its earnest striving to delineate and validate an expanded American poetic canon. This little thought exercise reminds us that the canon emerges from a kind of chaos: the unrestrained exuberance of creative engagement. Before the genuine finds a place in the canon, it finds a place in the pages of publications like Io. It’s a pleasure to find myself still in its good graces.