A Look-Back at Friday’s Reading

A Look-Back at Friday’s Reading 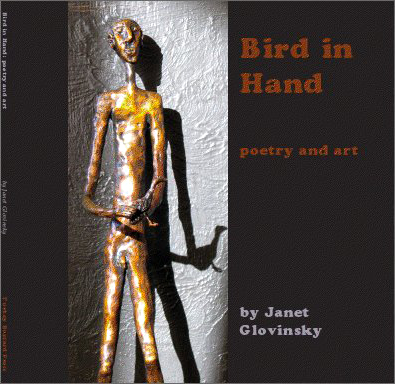 I missed my last Friday Notebook post because I was absorbed in preparing for Friday night’s reading at HearthFire Books. It went well, I think. And I had the opportunity to announce a strange and wonderful streak of good luck.

In the space of three weeks bridging 2011 and 2012, I had three new collections of poems accepted for publication. One is The Earth-Boat, picked up by Folded Word for release probably late this year. The second is Thread of the Real, accepted by Conundrum Press for publication sometime in the next 12 months. The third is Marked Men, which contains three long narrative historical poems, accepted by the Turning Point Books imprint of WordTech Communications, tentatively scheduled for release in August of 2013. I’ll post more on each of these as time goes on. 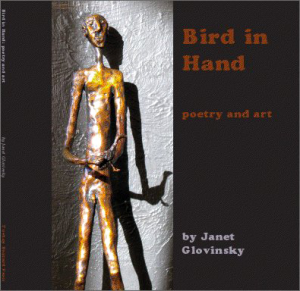 But back to the reading. Among the highlights was hearing Janet Glovinsky read from her new book Bird in Hand, a beautiful collection of poetry and art. (Janet is a painter and sculptor in addition to being a poet, and operates Glovinsky Gallery, where you can see Janet’s art up close and catch occasional poetry readings. Janet’s poems are generally long, looping meditations, funny and fraught by turns, full of color (like her art). Here’s an example, an excerpt from “From the Tenth Floor”:

Some nights I look into
distant high-rise windows
and watch privileged families
posing in representational
moments at kitchen tables,

passing chicken and potatoes,
not Van Gogh’s Potato Eaters,
no lamp lit meals
eaten with the hands, dark stubby roots,
that dug them from the earth.

Maybe that’s what’s missing
from the picture,
the connection between our labor
and our fruits….

Other poems glitter with onrushing wit, though always in a way that leave a shimmer of significance in the mind:

If the average American takes 1100 steps a day and lives to be seventy-five, they’d walk around 30 million steps in a lifetime. Being average, I’ve probably taken around 20 million steps. At 21 hundred steps in a mile, that’s almost 10,000 miles. It would seem to me that I should have gotten farther by now. If I can keep my eyes open for the next 4500 miles (I expect to go the distance), I might see some good stuff, might even get somewhere. The next time I am told to take a hike, I’ll think about living longer, walking barefoot, walking slowly, meandering, roaming, walking briskly, developing an eclectic attitude, walking in circles, treading water, taking evening walks in summer, seeing my breath in winter, maybe if we owned pedometers we could “Learn to live deliberately,” watch your step.

Bird in Hand also contains 14 full-color images of Janet’s paintings, some of which incorporate the texts of the poems they accompany. It’s published by Turkey Buzzard Press, which unfortunately lacks a Web site. But you can buy a copy here (scroll down to the “Rare Books” section), or you can email Turkey Buzzard’s jack-of-all-trades Padma Thornlyre (padmathornlyre@yahoo.com) for details, or write to the press at P.O. Box 354, Kittredge, CO 80457.