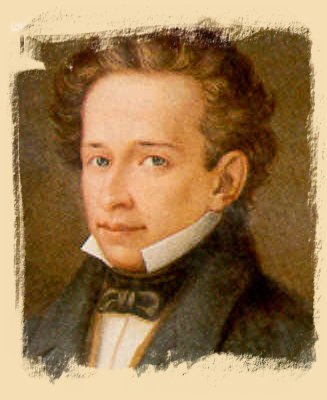 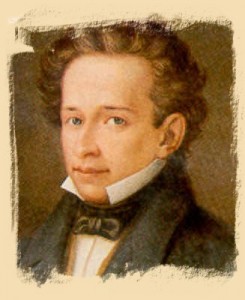 In a comment on a previous post of mine, James (of ursprache fame) referred me to Leopardi and the Theory of Poetry. I haven’t picked up the book yet, but the referral did send me back to my library for a fresh look at Leopardi’s Pensieri, piquantly translated by W. S. Di Piero. Right off the bat, I found Leopardi speaking to our current distress vis-à-vis the banking industry from his superior vantage point in 1837:

I say that the world is a league of scoundrels against men of generosity, of base men against men of good will. When two scoundrels meet for the first time, they recognize each other immediately, as if by signs, and manage to get along. Or if their interests preclude this, they at least feel a definite attraction and great mutual respect for each other. When one scoundrel has business dealings with another, he usually acts fairly, without trying to cheat the other. When dealing with honest men, however, the scoundrel is sure to act dishonestly whenever it serves his interests, and he will try to destroy them even if they are courageous and able to avenge their loss. For the scoundrel hopes that his tricks will triumph over their courage, and his hopes are almost always realized. I have often seen the most timid men, when caught between an even more timid scoundrel and brave, honest man, side with the scoundrel out of fear. This is bound to happen whenever ordinary people find themselves in such a situation, for the ways of a courageous and well-intentioned man are simple and open, whereas those of a scoundrel are mysterious and infinitely diverse–and we all know that the mysterious frightens us more than the familiar. We can easily deal with the vengeance of generous men; our own fear and cowardice rescue us. But no amount of fear or cowardice is enough to save us from the secret persecutions, intrigues, and open attacks made against us by cowardly enemies. Generally speaking, true courage isn’t much feared in everyday life; lacking all false appearances, it lacks the machinery of imposture that makes things fearful, and so people refuse to believe it. Yet scoundrels are feared and though courageous because their pose, their imposture, often passes for courage.
Scoundrels are seldom poor. No one ever helps an honest man fallen into poverty, and many even rejoice at his misfortune, but if a scoundrel falls on hard times the entire town rushes to his aid….

This leaves me with a depressing question: Is Obama–whose handpicked team of financial geniuses bailed out the banks and continue to enrich them by refusing to demand, clearly and publicly, powerful regulations on the behavior of these scoundrels–a well-intentioned man or just another scoundrel? This question depresses me because I worked to elect him and voted for him with a great sense of optimism. Now he seems to be backing away from serious health care reform, from banking reform, from “transparency” in the political process, and from many other commitments he claimed when he ran for office. As Robert Bly wrote about another charismatic but finally disappointing president, “There is a bitter fatigue, adult and sad.” But that fatigue must finally give way to a judgement of some kind, and a decision regarding whom to support in the next two election cycles. It’s too early for judgement, probably. Isn’t it?